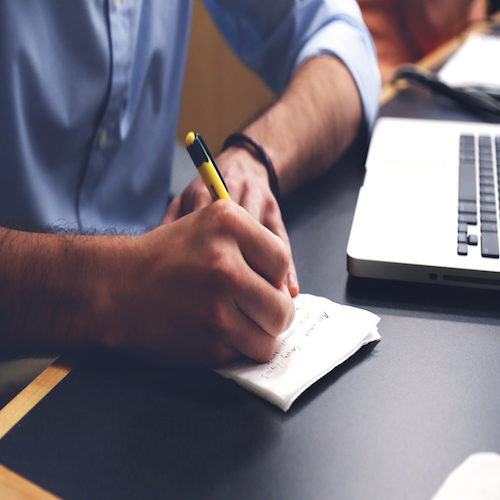 There’s no substitute for a good plan.

A lot of your athletes… get up in the morning, shove a pop tart down their throat, run out the door un-showered, scramble to class, hop on their phones to see who snapchatted them, check their Facebook page, post a picture of themselves, start stressing about the test they have tomorrow that they are not ready for yet, then show up in a hurry to practice.

Most don’t have a plan when they get up or when they get to practice, except to try to execute, robotically, the practice plan the coach has prepared for them.

The exceptionally motivated athlete will… get up in the morning, shower, shave, eat a strong breakfast, plan ahead for the parking problems on every campus, be in class early waiting for the teacher, be prepared for a possible pop quiz, eat a great lunch, and get to the facility early in order to work on some pre-thought about skills to self improve before the team practice starts.

This athlete is self motivated, thinks constantly about what he or she can do to improve, and has a yearly, monthly, weekly, and daily plan to be prepared and increase their chances for improvement.

On the teams I coach, I have a rule that players must shower before coming down for team breakfast. I also require a collared shirt or golf shirt and shoes and socks. Never liked the bed head, ragged t-shirt, and flip flop look…
No “bed head” allowed!

I wanted my athletes to be ready for the day when I first saw them. Consequently, we always played great in early morning games at Tournaments. Kids knew what was expected and did not want to be called out if I detected “bed head”. I would even know when a kid would wet his hair a bit to look like he had taken a shower!😀They didn’t want to be called out trying to pull one over on the coach! I even had a former player, and now a minor leaguer, call me the other day and tell me about life in the minors.

He said, “These kids just don’t get it, they show up to breakfast at 11:00 am just rolling out of bed, ragged clothes on, no plan, and then are trying to survive the day.”

He then told me, “Thanks coach, for teaching me how to attack the day, shower in the morning, have a plan, and look first class.”

This made me realize that the life lessons we are trying to teach are being paid attention to.

One of the best players I ever coached was Kris Benson, who played for me at Clemson from 1994-96. He became our “Friday night” starting pitcher and helped pitch our team to 3 NCAA Regionals and 2 CWS appearances. He also became the College Baseball Player of the Year and the #1 pick in the 1996 MLB draft. He then played 10 years in the Big Leagues. Kris was calculated, focused, disciplined, intelligent, and highly motivated, and he always had a plan about his academics, nutrition, sleep habits, workouts, bullpen routines, post game routine, and his preparation for his next start. The results speak for themselves.

My point is that if a player or a coach has an organized plan in mind each day, the results will be much better. The player will improve more, the team will get better, and practices will be much more efficient.

The analogy I use to emphasize my point is this: Having a solid daily plan is like studying for a test and already knowing the answers.

With no plan, a player or coach will “wing it” and the test questions are going to surprise you and catch you off guard. You will not be able to overcome the lack of a plan.. time will be wasted, energy use will be inefficient, and stress will result!

I used to tell my players to sit down on Sunday nights, look at their academics, practice times, game and travel schedule for the week, and then plan out their week accordingly. At times, I would even get them all together in the locker room, go around the room, and make them show me, one by one, their weekly planner calendar. I would give them a 1-5 rating on the neatness and thoroughness of their planner. It was a fun exercise and had some laughs with it, but it also made them think about it ahead of time to make sure they weren’t called out for not having an organized planner for the week.😀

I’ve spoken at many clinics, speaking engagements, and played and coached in many high stakes games. With proper planning and preparation, I always felt confident in the outcomes of each.

So attack your day with an organized plan in mind, show up at the field to improve, and expect the best out of yourself and your team.

A solid daily plan will help ensure a better chance that your preparation will bring you success!