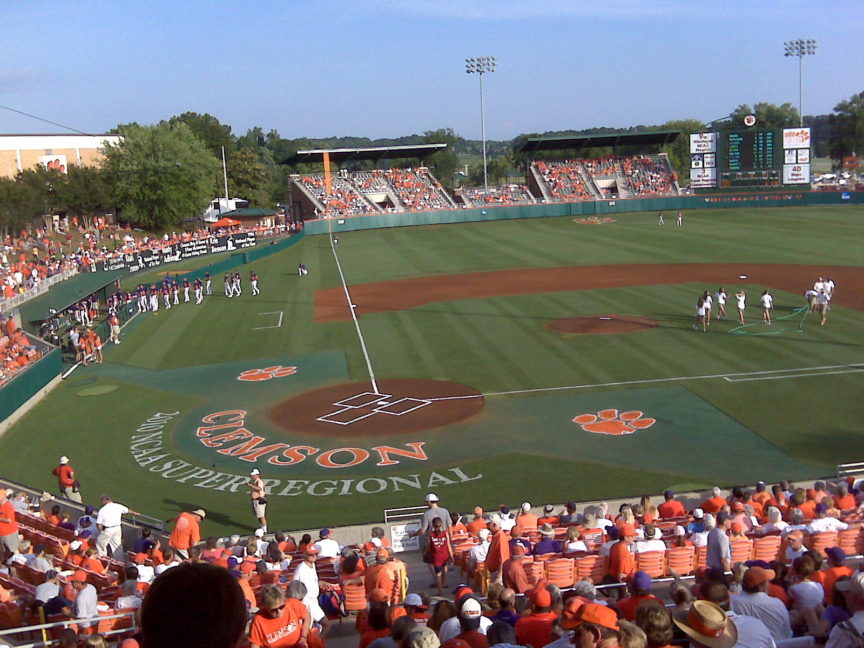 My father coached high school football, then went on to coach college football in Washington, Oregon, Michigan, and Vermont. At some of those smaller schools, he also coached some baseball, track, wrestling, and swimming.  I saw his professionalism first hand and greatly appreciated his passion and integrity for creating a competitive, classy environment.  His priorities, in what he was teaching his athletes, were in perfect order:

Compete with class, integrity, and sportsmanship.

As a young head Division 1 baseball coach at the ripe age of 23,  I had a strong background for my age in the fundamentals of the game as well as the competitive spirit and values that sports provide.  I was observant, a student of the game, versatile in all sports, and motivated to pass on the great lessons I had learned from all the excellent coaches I was exposed to along the way.  I wanted to win, teach, develop relationships for a lifetime, develop players as athletes and as people, and wanted to have opponents respect our teams for their passion, aggressiveness, fundamentals, hustle, competitive spirit, and our class and sportsmanship during and after competition.

I wanted any team that came to our field to compete, feel the things I mentioned above, feel like they got a fair shake from the umpires and enjoyed the fierce competition with us, and want to come back and compete against us again!  So in my mind, I always dreamed about “doing the right thing.”  I had a chance to test my values during a game at Clemson, back in the early 2000’s.

We had the University of Maine coming down for a 3-game weekend series to open our season.  Maine was my alma mater, and I had a sense of pride that they were coming to play us at our facility.  I was hoping that our team would play well, win 3 games, and have Maine have a great experience playing down south!  We won the first day, and felt confident going into game 2 of the series.  In the middle innings of the 2nd game, we were up 4-3 with two runners on base.  One of our right-handed hitters hit a towering fly ball into a deep blue sky, right down the left-field line.  As I came out of the 3rd base coaches box looking down the line and hoping it would stay fair, I was disappointed to see the ball hook just foul.  The home plate umpire lost it in the blue sky, and since it started out fair and hooked foul, he signaled Home Run.  As my hitter was rounding second, and as all 3 runs “scored”, the P.A. Announcer was playing, “We Dropped a Bomb On You”, the players were high-fiving, and the fans were on their feet.

Maine’s catcher started going crazy as he followed the ball all the way and saw it as a foul ball.  Their coach came running out and began arguing vehemently!  I saw the ball and felt it was foul as well… what do I do?? Keep the 3 runs, which we needed, or “do the right thing”?  I started thinking, “you’ve thought about this, what is the right thing to do, how do I handle this?”   As the argument is escalating, I looked at the other umpire in the two man crew and mouthed the words, “That ball was foul.” He looked back at me in disbelief as he had no angle on it.  The home plate umpire had great integrity and made an honest mistake after losing sight of the ball…

So here it is, decision time!  I said to myself, “You’ve always wanted visiting teams to get a fair shake at your field.”  Here it goes…

I drifted out of the 3rd base coaches box to tell the 2nd base umpire that we needed to get the home plate umpire away from the UMaine coach and catcher to talk. Now the 2 umpires and myself are talking inside the 3rd baseline.

I said to the home plate umpire, “Billy, I know you lost sight of the ball, but that ball was foul.”  He looked like he had just seen a ghost!!  “We need to do the right thing.” He said, “well, what do we do?”

I could feel that this was new territory for him.  “I am then going to come down to home plate and make it look like we are having a discussion, but while everyone is going crazy in the stands, I’m going to be telling you, “We are doing the right thing!”

After our “discussion”, their coach calmed down, the 3 runs came off the scoreboard, my hitter came back up to bat, and I walked back to the 3rd base coaches box.  No more runs that inning, but we ended up winning.  I didn’t want to appear to not fight for my team, but I think they knew what happened.  After the game, as they were leaving the locker room,  a few of the players walked by and said “We got it, Coach” and winked at me.

Nothing more needed to be said.  When I got home, I had a message on my answering machine from the Clemson basketball coaches who were at the game…

“We know what you did… Classiest thing we’ve ever seen.”

A lesson was learned. I was proud and was able to check something else off on my coaching bucket list!