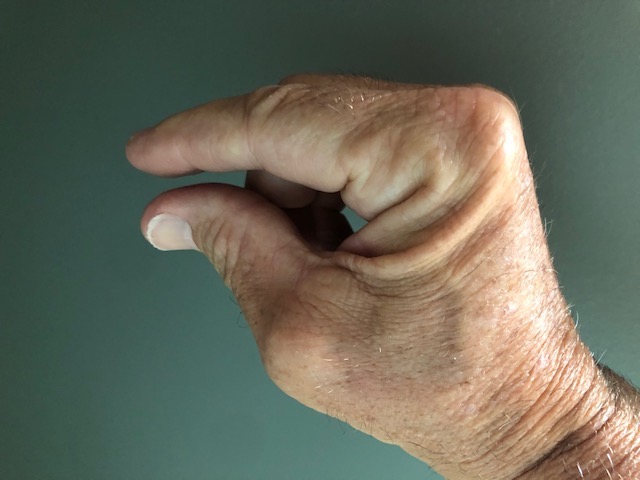 When talking about winning or losing, being good or great, getting a hit or making an out, making the pitch or missing your spot, or being safe or out… The difference is very small.  The slightest detail can become big and affect the result.

We’ve all heard the phrases:
“It’s a game of inches,”
“Little things make big differences,” and
“Attention to detail.”

In 1975, I played summer baseball for Yarmouth in the competitive Cape Cod league. After going to the NCAA Regional with my teammates at the University of Maine,  I headed up to Yarmouth to play baseball for the summer. My intention was to go up there to compete, improve, and learn more toward becoming a better player.

I really didn’t know many of my teammates as we arrived at the field to play our first game in Yarmouth. They were from New England colleges, Arizona, Florida, Michigan, and from other parts of the country. I was eager to play with kids from other teams and to see what I could learn.  We had a 1st baseman from Holy Cross College named Bert.  I took a liking to him early on as I played 2nd base, and we were holding down the right side of the infield together. He had great energy and was a very good athlete, but most of all, I liked his attitude and passion for playing.  He always had a smile on his face and seemed very intuitive. Early on during our first game, I made a good play and threw the runner out by a half step.  As we threw the ball around the infield after the out, he looked at me and put his right thumb and forefinger very close together and held it in front of his face while looking at me.  I didn’t know what it meant, but I did it right back to him!

Later in the game, he hit a ball hard to right centerfield, and what looked like a sure double, was flagged down by the centerfielder for an out.  As he rounded toward 2nd base and then continued across the diamond to our bench on the 3rd base side, I could see a little smile on his face.  As he got back to the bench and took off his batting helmet and gloves, he looked at me and put his thumb and forefinger close together…  Still not knowing what was going on, I gave it back to him.

After a span of a couple more games with many close plays, successes and failures, I continued to see him signal it to me, so I just had to ask him what it meant!

The rest of the summer we would give the “Diff” sign to each other after every close play or every hit that just fell in or every just missed hit!

It has stuck with me to this day that there is so little difference between success and failure in this game and all games.  I’ve used this phrase and signal with my teams and with my athletes in emphasizing to them that there is something they need to do each day to sway the “Diff” in their direction.  It is a call to their attention to detail, their work ethic, their focus, and their attitude to figure out what difference they can make in themselves, their team, and their teammates.

Every time a coach thinks of his practice schedule or every time an athlete thinks of what they need to do in the weight room or on the field, they must think about what they can do to separate themselves from the intense competition out there.  Extra effort, extra concentration, and extra attitude make for the difference in your results!  When competition is so intense, there is very little margin for error and very little difference between success and failure.

Every time I think of the “Diff”,  I think of specific examples in all sports.  The most glaring one that pops into my mind is a Gold medal won by Michael Phelps in the last Olympics.  He won one of his Golds by 0.01 of a second over the best competition in the world. An extra kick coming off a turn, a little extra reach to the finish wall, something got him the 0.01 difference along the way in the water.

You see daily, in all sports, a second or an inch that makes the difference between winning and losing.  You see a hit that drops in, a great play that captures an out, a great pitch that is called a strike to end a threat, a completed pass from a quarterback that is just out of the reach of the defender, the field goal that just squeezes inside the uprights, etc…

I still see pictures in my mind of a ground ball traveling just over the first base bag that caused us heartache and a big hit that just tucked inside the left-field line that allowed us to celebrate at home plate.  I’m sure all of you can visualize similar situations.  Individually, I can remember many players who, with a little difference in attitude, technique, work habits and results, could have been termed as great players, rather than just good players.

As an athlete, be passionate, work hard, work smart, be disciplined, focus, have a plan, work on your fundamentals, compete, and you will find that the Difference will swing your way.  There is competition all around you! Figure it out!! Peck away every day at something that will get you ahead, separate you from the rest, and allow you to be more successful.